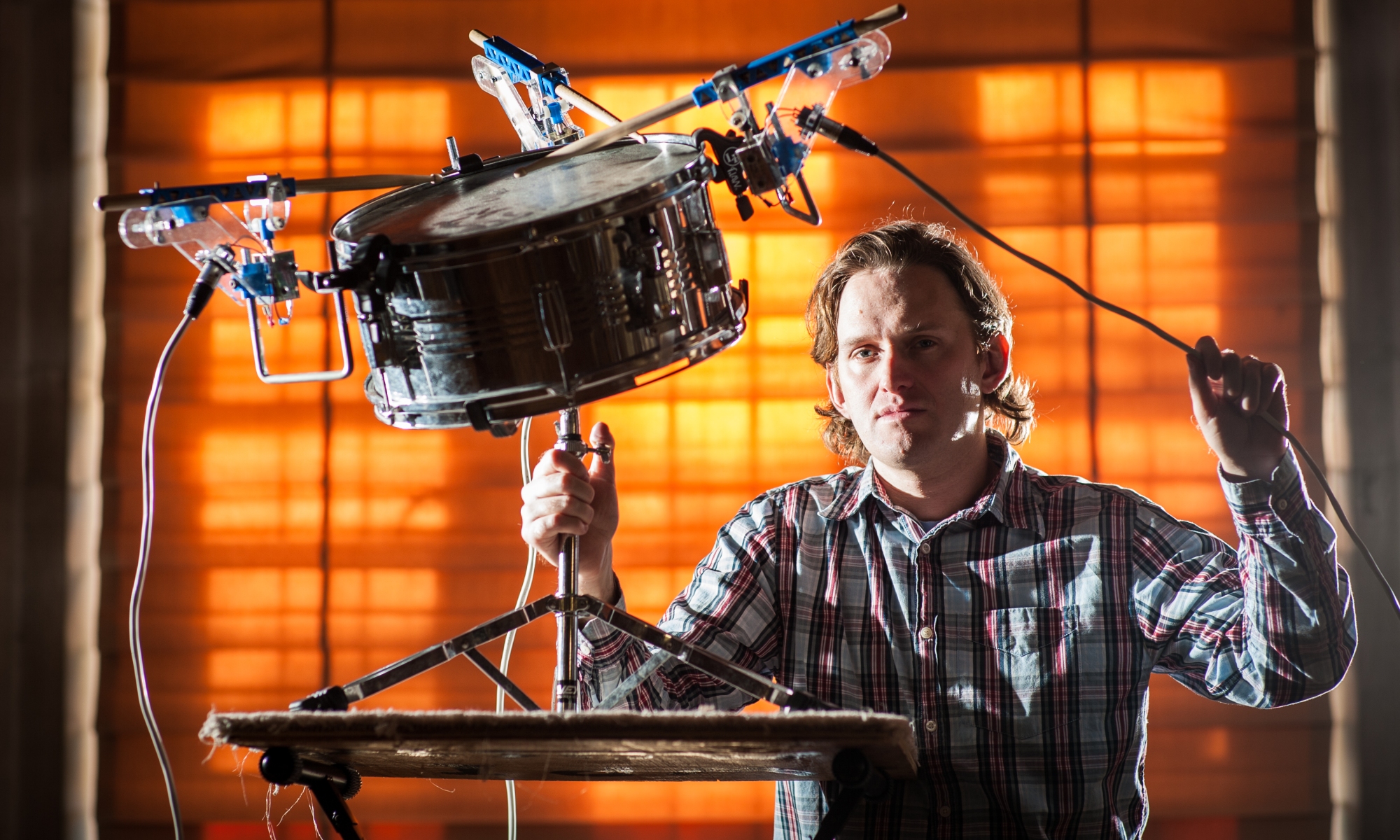 Founder; Director. Scott Barton composes, performs, and produces (electro)(acoustic) music; conducts psychological research; and develops musical robots. His interests include rhythmic complexity in beat-based contexts, stylistic heterogeneity, perceptual organization, (dis)continuity, instrument design, machine expression, human-robot interaction, improvisation, and audio production. He founded and directs the Music, Perception and Robotics lab at WPI and co-founded Expressive Machines Musical Instruments (EMMI), a collective that designs and builds robotic musical instruments. As a researcher, programmer, and author, his work in rhythm perception and production has been published in journals such as Music Perception and Acta Psychologica. He is active in the world of audio production as a recordist, mixer and producer. His most recent album Stylistic Alchemies (Ravello Records) features electroacoustic works that illuminate the creative potential of the studio in the synthesis and juxtaposition of musical genres. His compositions have been performed throughout the world including at SMC; ICMC; SEAMUS; CMMR and NIME. He is an Associate Professor of Music at Worcester Polytechnic Institute.